Spilling the Tea on ‘Teatoxes’

Joseph Quintanilha
Add comment
FitTea is a huge diet trend that has been promoted all over Instagram, even by celebrities like Kylie Jenner and Vanessa Hudgens. Therefore, it’s probably just another paid advertisement for a diet trend that doesn’t actually work, right?

Selena Kovachis, executive producer for the Branded Content team at Emerge, decided to give the trend a shot and see what all the hype was about.

I saw them all over Instagram and social media and was really skeptical.

“I saw them all over Instagram and social media and was really skeptical,” said Kovachis. “However, I went through a period where I was eating really bad and my stomach felt gross so I decided to look into what they actually do and the ingredients they use.”

Kovachis said the popular Instagram tea is something that will lead to healthier eating but if you’re looking for a short-term body transformation, FitTea may not be your answer.

You don’t notice physical results all of a sudden like people think they would.

“It honestly helps a lot. You don’t notice physical results all of a sudden like people think they would, which is actually a good thing because it wouldn’t be healthy to see yourself drop over 10 pounds in just two weeks,” she said. “It is however soothing and will help your stomach feel a lot better when you are experiencing bloating or have had a weekend of bad eating.”

Everyone is probably wondering one thing: Is this another diet that will force you to spend the entire day in the bathroom? According to Kovachis, this is not the case and the best part is, it doesn’t force you to change your day-to-day routine.

“You drink one in the morning before breakfast and one every other night after your last meal,” said Kovachis. “Nothing changes with your eating process which is really good. The night tea does have gentle laxative effects that usually take overnight to kick in. It definitely clears out what you ate the night before but that’s the only time it will force you to be in the bathroom.”

A problem with FitTea is that it is a very short-term solution. This is not a diet or routine that you can stick to for months on end.

If you’re realistic about it and enjoy tea then there is no harm in giving it a shot.

Kovachis said overall FitTea is helpful but only in a minor way and advises against believing everything you read about it on Instagram.

“It is helpful, but not in a huge way. If you don’t expect it to have huge physical effects, and don’t listen to the before and after pictures on social media (because they do get free products sent to them), then it’s a good trend to try. If you’re realistic about it and enjoy tea then there is no harm in giving it a shot.”

Social media giant Instagram continues to grow with more than 600 million users to date and there are no signs of it slowing down. With an entire generation of teens and young adults sharing their daily lives on the application, important questions...

Virtual reality technology has been gaining momentum. With the release of the Oculus Rift, Samsung Gear and the PlayStation VR, it is currently making its way into everyday life.

The world of social media is so closely integrated into our daily lives but how much do we really know? Khadijah Dunn takes to the halls of Guelph-Humber to ask students mind-blowing social media trivia to find out. 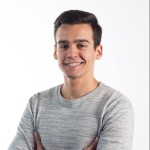 Joseph Quintanilha is an aspiring sports journalist, who just really wants to be famous.