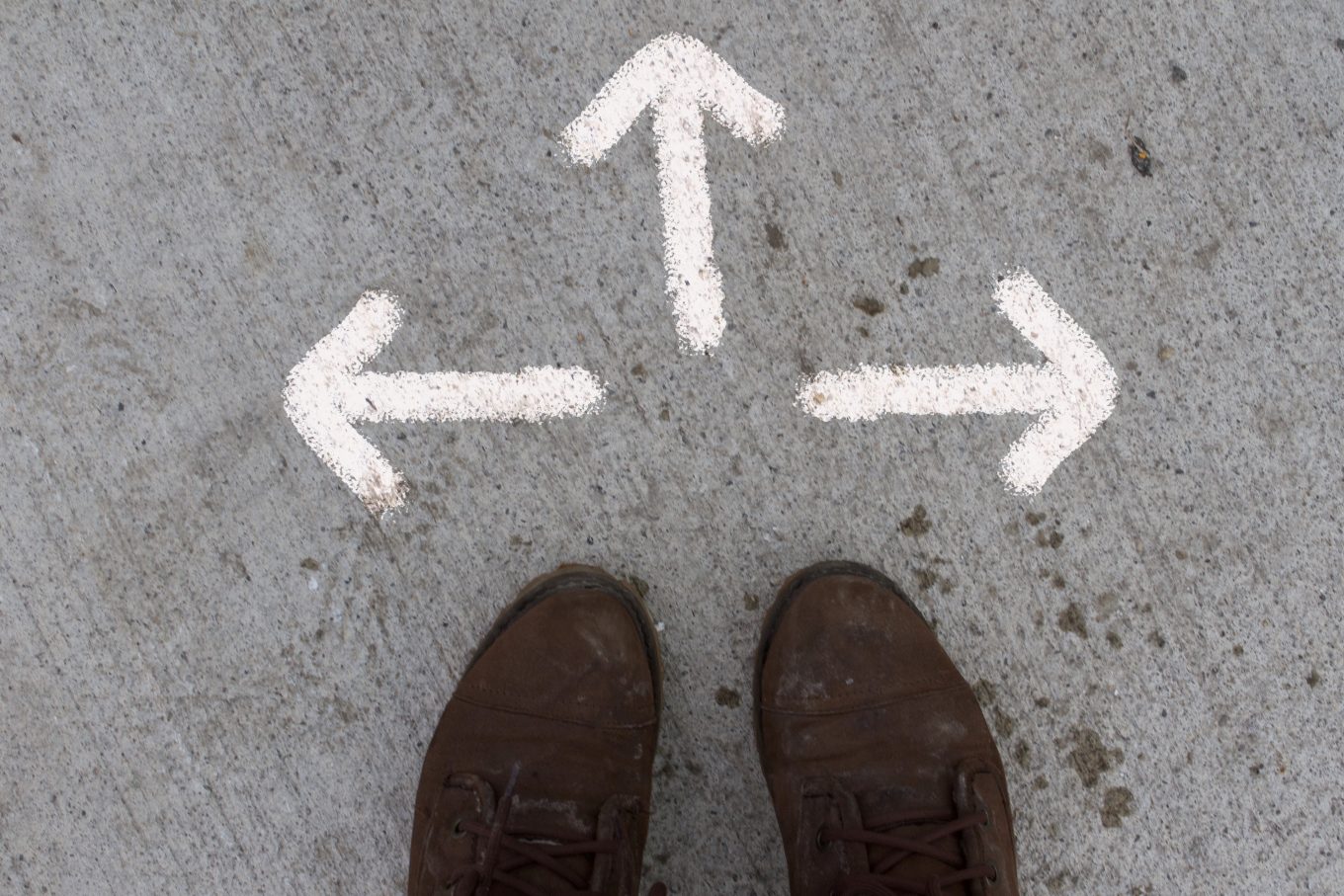 From compromises to split decisions, sometimes the best plans come without a roadmap.

When I visited the university and college fair for the first time in 2016, I had absolutely no clue of what I wanted to do for the next four years. I was a 17-year old, angsty teenage boy with zero interests outside of video games and music. Walking through the halls of a packed convention center with my parents was the last thing I wanted to do on an early Sunday morning. At that point, there was no bigger waste of time than going to an expo where I certainly thought there wouldn’t be anything captivating enough for me to pursue.

I was going to be a musician or a body piercer, that was the plan. There was no way anyone could convince me to take on four more years of schooling. No matter how much my parents tried to motivate me, I wouldn’t budge. But I was living under their roof and I needed to at least listen to them even if I didn’t like what they had to say. We came to a compromise, and that was to spend an hour at the Ontario Universities’ Fair to see if anything interested me.

Little did I know, something would. A program caught my attention and that brought me to where my passion lies today—journalism. It was new and unfamiliar. The term alone brought up visuals of TMZ-like celebrity scandals and eye-rolling political discourse. Only hindsight would help me realize that I couldn’t have been more wrong.  But at the university fair, I didn’t know any of this.

So, with a lukewarm Starbucks coffee in hand and running on six hours of sleep, you could imagine I wasn’t exactly excited about the whole ordeal. Every time my parents pointed to a booth and said “hey, look at this one,” I followed up with a short “mhm.” If I were to look back, I would guess that I vocalized my lack of enthusiasm at least ten times. That was until I stumbled across the University of Guelph-Humber’s booth and saw one of its programs,  Media Studies.

For a brief moment, all the disinterest and boredom paused. The word ‘media’ alone entailed so much of what I was interested in—music, film, video games. The possibilities of studying those topics in an academic way seemed exciting to me. It was at that point in the Metro Toronto Convention Centre that I told my parents I’d give the program a shot.

Fast forward a few years later to my second year in the media studies program, it was time to specialize in one of the five fields. My choices were visual communications, digital communications, media business, public relations or journalism. The only issue was when that day came, I felt like I was right back at the university fair. I was uninterested, unmotivated and unsure of what I wanted to do with my future.

I was enjoying the program, but making the choice to specialize in one of the fields was a big decision, one that I was unsure I would be satisfied with in the long run. Since I couldn’t make the choice on my own accord, I decided to take a look at my marks. Particularly, what courses I excelled in. I saw that the classes I did really well in were all writing-based.

Come selection day, I impulsively circled journalism on the specialization sheet and handed it in to the student resources office. The only motivation I had to specialize was the fact that I thought I was already a good writer and could easily get good marks. I quickly realized that wasn’t the case, and I wasn’t the only one who was in for a shock.

Nicole Ferrari, who I met on my first day at Guelph-Humber, specialized in media business. Before her third year, she underestimated the importance of her specialization. “It’s like they have the whole world of media business down to a science,” she said.

“It’s one of those things where the industry is always changing and we have to learn to adapt constantly.”

Not only did the program change our perspectives of the media industry, it also humbled me into becoming a better writer. Before, I didn’t understand how journalists stayed objective, gathered research and wrote in compelling, yet factual ways. Two school years later, and in the midst of the COVID-19 pandemic where all kinds of news is being thrown at us each and every day, I have a better understanding of the work and passion that goes into journalism.

When I read the news now, I’m able to judge what’s credible and what’s not. I’m able to discern real news from fake news, I’m able to fact check, and I’m able to understand the real purpose of journalism. It’s not here to divide people, as I thought when I was younger. It’s here to share the truth, to tell stories and to give a voice to those who have been silenced.

When you’re choosing what you want to do with your future, at some point, you’re guaranteed to feel lost and unsure. Just remember that whatever decision you end up making, you’ll learn more, experience more and understand the world around you more. When I was walking through the university fair five years ago, appeasing my parents with noncommittal murmurs, I couldn’t picture myself where I am now. From being nervous and unsure in that giant convention center to confident and ready to enter the workforce, my time in school has prepared me for a world I once felt so unprepared for.

Noah is a graduate of Guelph Humber's Media Communications program. He was the Managing Editor of the 2021 Emerge Print Magazine.

"I chose to attend Guelph-Humber because of the sm

The semester is officially coming to an end this w

"I chose Guelph-Humber for a few reasons. First an

Do you ever think about what song(s) would be the

"I chose to attend GH because of how the program w

Do you like music you can practically feel in your

This Showcase Sunday we're featuring the work of o 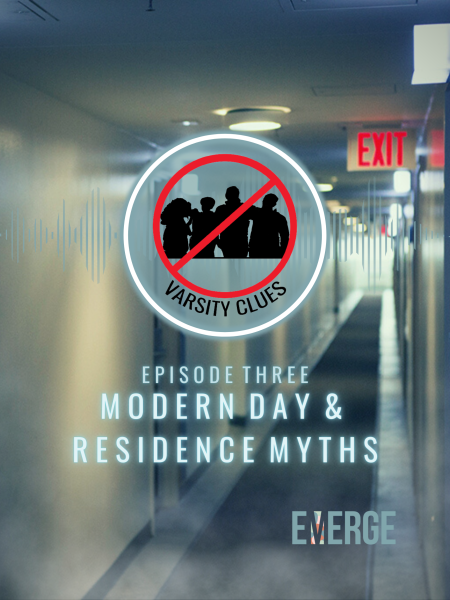 With legends based on the modern day and exploring the long halls of dorm rooms, this episode of Varsity Clues is sure to have you on the edge of your seat.
Read More 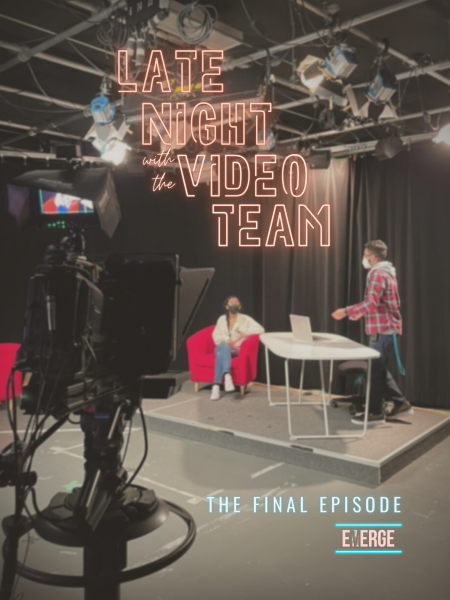 The Video Production team say goodbye and good luck by reflecting on their time during Emerge and give advice for future students.
Read More 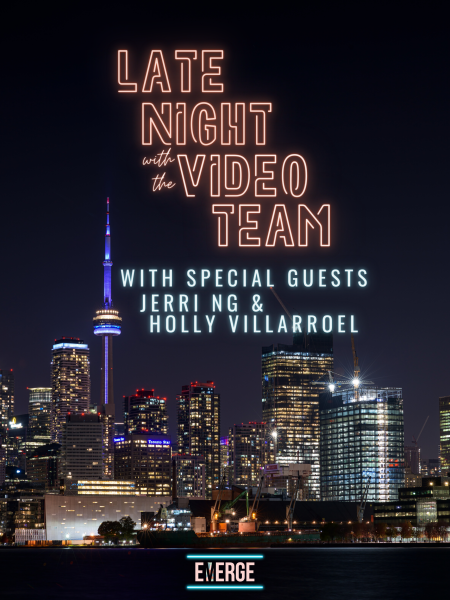 Jerri Ng and Holly Villarroel talk about the organization and creation of the InstaZine. They touch upon their time spent during COVID as well as their favourite posts from the InstaZine page.
Read More

Begin typing your search above and press return to search. Press Esc to cancel.