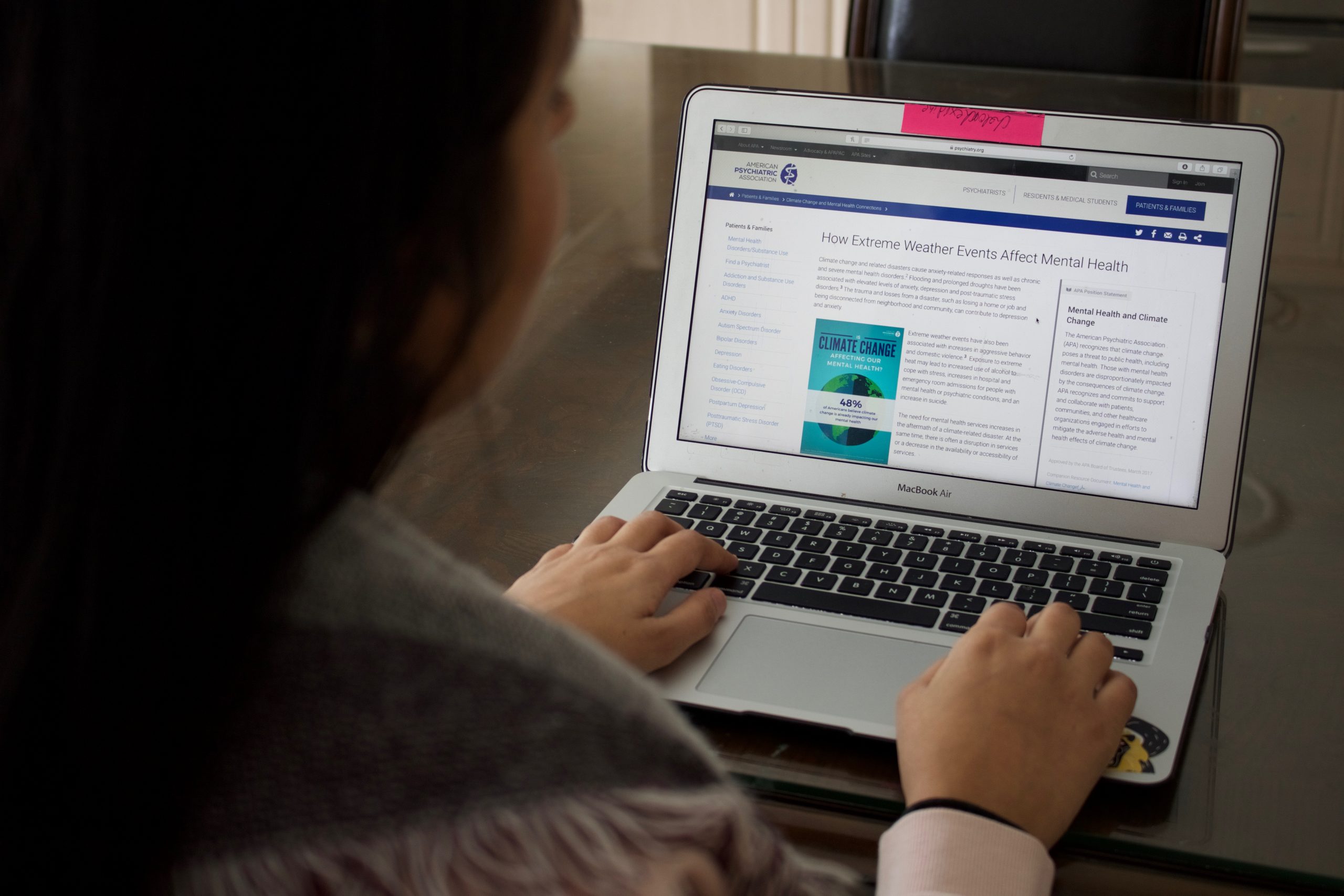 Climate change and the promotion of mental health

Climate change not only affects the planet, but also affects mental health

The rate of global warming is rapidly increasing due to global emissions, and according to a report by the Intergovernmental Panel on Climate Change (IPCC), it is now affecting the world we live in. One key aspect that has been neglected amongst the discussions of climate change is the impact it can have on one’s overall health, otherwise known as climate and eco-anxiety.

Climate and eco-anxiety is a fear of environmental and ecological disaster. According to a psychiatrist, Dr. Lise Van Susteren, it’s referred to as a pre-traumatic stress disorder where individuals become aware of the enormous threat that all of humanity may face. This pre-traumatic stress disorder then causes individuals to develop a sense of fear that an environmental disaster will soon arrive.

Amongst the generations, psychotherapist Dr. Eric Windhorst finds that there is an increasing number of younger adults, aged 30 and below, are most climate-distressed, feeling the emotions of climate change such as anger, fear, guilt and loss. Windhorst suggests that those who are climate distressed are facing eco-emotions, which is an emotional condition that’s connected to environmental forms such as anxiety, fear and denial caused by climate change.

“Being regularly bombarded with bad ecological news such as climate traumas can lead a person into debilitating anxiety and depression and even precipitate eco-PTSD [or] climate-related post-traumatic stress disorder,” said Windhorst.

How to deal with climate and eco-anxiety

Fortunately, for those who are dealing with climate and eco-anxiety, options are available. Windhorst, along with professional psychosynthesis life coach and trainer, Cristina Pelizzatti, who specializes in a therapeutic approach on personal growth, both recommend that those facing eco-emotions about climate change deepen their relationship with nature as it can be restorative and inspiring.

“To work in themselves to rediscover their true nature: the consequences are transformative and ecological actions emerge naturally,” said Pelizzatti. “Once we reconnect with who we really are, the awareness that anything happens out there impacts accordingly ourselves inside and outside. Climate change is not something strange to our planet. Mother Earth has gone through catastrophic changes in climate along the centuries since the beginning.”

Resources are available online for those who are struggling with climate anxiety such as free discussion groups, webinars and articles. Windhorst suggests websites such as Work That Reconnects Network which offers helpful tools and teachings to anyone that is going through a difficult time. Similarly, another suggestion is that individuals get involved in climate justice coalitions/groups such as participating in local climate strikes hosted by Fridays for Future.