Growing up, being African wasn’t cool.

However, through the rise of Afrobeats, Nollywood and the 2018 superhero hit Black Panther, Africans are now representing where they’re from with no reservation.

Some say the people responsible for this shift are millennials.

“You’ll find the younger generation shifting the images and stories about our culture and identity,” says Monah Water, CEO and designer of Majestic Wisdom, a Toronto- based brand that fuses African fabric and contemporary design. “It has done something here in North America, in Europe, to other black communities of the Diaspora.”

Water says people are starting to see that Africa is not just a place that’s fixed in time. It’s progressive.

Nana Manful, 23, says he’s always been proud to wear clothes that portray is Ghanaian roots. “It’s special to me because I find a lot of my identity in my ethnicity.”

He says people are starting to take notice of African fashion because of the media.

“I think the media is portraying more Afrocentric clothing. With movies like Black Panther being released, you can’t avoid it,” Manful says.

Anita Aboagye, co-founder of African Fashion Week Toronto (AFWT), says that having a competition for student designers wasn’t initially part of the plan for the week-long event, but once it started, people fell in love with the idea.

“We quickly realized that even though there wasn’t a lot happening in the African fashion industry,” she says. “There was a little bit of a struggle for people coming up. We decided to add the student designer competition, which is not just people who are students still attending school, but also newly graduated fashion designers who are just breaking into the scene.”

AFWT’s  Student Designer competition has showcased popular Toronto lines such as Gervacy and Ofuure. Tehilah Abakasanga leveraged her AFWT win to become one of the most popular African designers in the world. Her line, Ofuure, has been worn by celebrities like Issa Rae and Tia Mowry, and has been featured in magazines like InStyle and Nylon.

Aboagye says people will say that the fabric is what sets African fashion apart, but she thinks the real difference maker is the integration of Africans around the world.

“It’s being able to create something that brings your culture, your diversity, your life into a place that’s not your own,” says Aboagye.

“Sometimes you’re cooking and you usually use salt, but somehow, today you decided to use black pepper and it changed everything.” 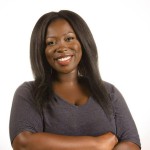 About the Author / Anna Akoto