Success on the Rise for Toronto Sports

Success on the Rise for Toronto Sports

Can the success of one team lift the prosperities of another in the same city? That seems to be the case for Toronto. After years of disappointing seasons by multiple franchises it finally feels like Toronto sports are on the rise.

Most cities are fortunate enough to have one successful franchise.  The last city to win multiple championships in a season was Pittsburgh (Steelers, Penguins) nearly ten years ago. Over the past 20 years Boston has been on their own tear, winning a remarkable eight titles in four sports.

The tide may be turning in Toronto; but this didn’t come without some unimpressive seasons. For the first eight years of its franchise, Toronto FC never qualified for the MLS playoffs. Multiple firings across the board amounted to a negative outlook of their foreseeable future.

A bright Blue Jays line-up was struggling to win games, and finishing well out of playoff contention. Countless seasons below .500 led the team down a path of not making the playoffs since their last World Series win in 1993. The city could hardly remember what a successful baseball team looked like.

The Raptors were going through the process of a rebuild. They had a new coach and an inconsistent team that needed a change. With only one playoff series win in the franchise’s history, it was just easier to count the Raptors out.

The most tragic of all had to be the mediocre play of the Toronto Maple Leafs. The Leafs managed to make the playoffs once (in a lockout shortened year) through 11 seasons, and shocked the entire country with how horrendously they blew that appearance.

The Toronto Argonauts were the only team that seemed to be on top of their game. They captured the 100th Grey Cup in 2012 and this past season became champions once again. Now it’s time for the other teams to play catch up.

When the sale of majority ownership in MLSE went to Bell Media and Rogers Communications every Toronto franchise was now owned by the two telecommunications giants (besides the Argos at the time). It didn’t make sense that a city being divided would result in such an immediate impact, but somehow it worked.

The Raptors won their first playoff series in 15 years. With the help of their emerging stars, DeMar DeRozan and Kyle Lowry, the Raptors were back on track and have been a force to be reckoned with ever since.

Toronto FC ended their first playoff appearance in the MLS Cup Final, losing to the Seattle Sounders in penalties. They followed up their run with a regular season points record, finished first in league position and won the MLS Cup in 2017.

After finishing dead last in 2016, the Leafs ended up with the No. 1 pick at the 2016 NHL Entry Draft and chose Auston Matthews. They’ve now rebuilt their success through the draft, and by acquiring young talent. Sitting third in the Atlantic Division with just over two months until the playoffs, it’s practically a guaranteed lock they’ll make it for the second year in a row.

Multiple changes in management and the hiring of Brendan Shanahan also helped steer the Leafs in the right direction. “The turning point was new management; they started building towards the future of a contending team. The old management traded away prospects and draft picks trying to get a so-called ‘win now’ team. When one those players turned out to be bust, the team had nothing to build on,” said Wilbert Timmermans, writer for Editor In Leaf.

Fans of any franchise in the city of Toronto have stuck by their team(s) no matter what. Having the opportunity to cheer for your hometown can be extremely gratifying. “I do feel a local team you can truly call your own as they’re representing the city where you’re from. Sports can be the best marketing tool for a city and when everyone is behind the same team, it’s a ton of fun when your home team wins,” said Brendan Panikkar, writer for Jays Journal.

Success has been steadily growing throughout the years with the combination of rosters built around consistent coaching and superstar quality players. You can now proudly say, “I’m a fan of Toronto sports.” 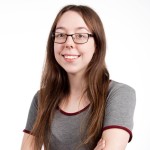 About the Author / Shandi Pace