The Naturally Sweet Success of the PUR Company

The Naturally Sweet Success of the PUR Company

by Solomee Telahun
0 comments
PUR Company (PUR) is a symbiotic relationship of three things: Simple substitutions, inclusion and the highest quality of both product and service.

PUR Gum and PUR Mints offer consumers who are looking for healthier options natural substitutions to fit their healthier lifestyles or to accommodate their dietary restrictions, with gum and mints that are vegan, gluten free, soy free, nut and peanut-free.
Made with xylitol (a natural sweetener), PUR Gum also benefits people dealing with diabetes, giving them the opportunity to enjoy the simple pleasures of chewing gum.
These three things have created the backbone that is seen throughout PUR’s gums, mints and and overall vibe.  But these three foundational things are just the start of what makes PUR successful. The history of PUR shows many ups and downs that have lead PUR to the vibrant company it is today.

If we go back to the beginning, the story starts with Jay Klein, the founder of PUR as a young kid selling candy out of his backpack.
Fast forward to 2007 when Klein took a year before potentially going to law school to start his own advertising and marketing business.
Taking this chance, Klein created a his own brand. It was a called Bonus and it sold a gum made with with super-food ingredients. Yet while it worked in the beginning, in the end, Klein had to walk away.
“I was in over my head and had to walk away from the table,” Klein said in an interview with the National Post. “[We were] over-inventoried. It was a really steep ride up [but] a quick fizzle.”
But the demise of Bonus gum helped pave the way for future success of PUR Gum.
Klein rethought everything and decided to just start out small. As he likes to say, he and his team decided to take PUR Gum and ‘run for mayor’.
The process of ‘running for mayor’ goes like this: With his team, Klein went door to door and prioritized connecting, educating and building relationships with customers and retailers.
“We didn’t build our brand on the backs of the one giant retailer, which is usually a very aspirational thing for most small brands,” Klein said in an interview with Abigail Watt for Candy Industry. “We did it more door-to-door. Each year we grew and we were very persistent, hardworking and humble. And it worked.”
It really did work. From the brand’s first month in May, 2010, to July of that same year, PUR Gum’s earned its place on the shelves of 33 local health food stores to 174 stores.
PUR Gum continued to gain more momentum. In 2011, the gum was introduced to the U.S market and was starting to line the shelves of duty-free shops in airports.
But one of the biggest wins for the brand came in 2014. Klein and his team made an appearance on CBC‘s Dragon’s Den. Like many people, before them, they made their pitch and waited to see if any dragon would want to make a deal. They didn’t get the attention of one dragon. They got the attention of four.
Four dragons offered three deals with Klein and his team. After careful deliberation, Klein accepted a joint deal between Arelene Dickinson and Jim Trevliving for one million dollars. Making Klein the first ever million-dollar deal in the history of Dragon’s Den. (You can watch the million dollar deal here.)
Within a year, PUR went on to expand their products to include PUR Mints. The mints hold all the values and standard of the gum but in mint form. Adding to the success of the gum, the company continued to grow.
Then, in 2016, PUR became Canada’s tenth-fastest growing company and Toronto’s fourth. But PUR hasn’t reached its goal yet and is still looking to grow.
“We want to strengthen our global footprint, and we want to keep penetrating the existing retailers,” Klein says. “I think a big part of the growth will be to expand the PUR brand, to take the same brand values that we are operating by and continue to innovate with new products that match the demand of our customers.”
Even within its brief history, it’s easy to see that PUR is a successful business, with gum and mints sold in over 25 countries worldwide. Wonder how you can do the same?
Jay Klein’s advice:

“Be motivated by creating something for the greater good, instead of being driven by a monetary milestone – that allows you to learn from your mistakes and take risks and also grow from passion.”

PUR gum and mints are available in health and local stores near you. For more information about the company, its founder and its products, check out the PUR website.
And remember: Kick Aspartame! 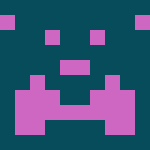