It All Started Here

It All Started Here

One click of the “upload” button was all it took to change Alessia Cara’s life forever.

The Brampton native taught herself to play the guitar at age 10, and by age 13 she began playing around with music, and finding her own sound. This is when she started posting covers on YouTube.

“I wasn’t really trying to get fame from doing covers…I just really wanted to ease myself into the idea of having people hear my voice…I just hoped that the end result would be me being able to perform in front of an audience without being shy,” said Cara in an interview with NME in 2016.

Growing up, Cara had feelings of low self-confidence and a fear of judgment. However, as she got older, “everything shifted in my brain and in my heart. I had this feeling of wanting to change the way I was thinking,” said Cara.

She said that she owes her change in perspective to her mom. According to Cara, her mom has always been the one to encourage her to embrace herself for who she is.

With her mom’s words in the back of her mind, Cara says, “if that [message] is something that I can incorporate into my music, then that’s what I’m going to do.”

Cara also credits her love of singer Amy Winehouse for why she felt confident enough to let people hear her voice.

“I grew up in the 90’s with the time of divas and the big voices…[I] would never sound the same and I couldn’t reach those high notes. But once I discovered Amy [Winehouse], it was just her, her curly hair, and her guitar…she just makes music from her heart,” said Cara in an interview with Live Nation TV.

Despite her love for the artist, it wasn’t her Winehouse cover that helped her achieve success. It wasn’t until Tony Perez, a music executive from EP Entertainment, stumbled upon her cover of Sweater Weather by The Neighbourhood in late 2014.

Perez ended up tweeting Cara in order to get her attention. At this time, Perez had ties with Universal Music Group, which allowed him to fly Cara out to New York for a meeting.

Eight months later, she had signed her deal with Def Jam Recordings.

In April of 2015, Cara released her first official single with Def Jam, entitled Here. The song was a non-stereotypical radio hit about feeling uncomfortable at a party.

The song made its way onto Rolling Stone’s Top 50 Songs of 2015 and became the Spotify top Viral Tune of 2015. It was her first Top 5 radio single. And after 26 weeks, it topped Billboards Pop Song’s chart.

The EP was only a preview of what was to come when she dropped her debut album entitled Know-It-All, which dropped November 13th 2016.

The album debuted at number nine on the Billboard 200. Billboard also reviewed the album saying, “as first impressions go, Know-It-All is a charismatic balance between dreams and reality that makes its author stick out in the most impressive way.”

The Recording Industry Association of America (RIAA) qualified the album with a platinum certification in May 2017.

In 2016 with the success of Know-It-All and the singles, Here and Wild Things released, Cara achieved one of the highest music honours in Canada; a Juno Award.

She won for Breakout Artist of the Year. Cara appeared on stage with tears in her eyes stating, “I’m just a regular girl, who lived the most normal life and ever since I released one song, I haven’t lived the same day twice.”

As if having a Juno Award in her possession wasn’t proof enough of her talents, audiences really took notice of Cara after she released her inspiring single, Scars to Your Beautiful on July 26th 2016.

In an interview with Idolator’s Mike Wass, Cara stated, “that song is about body image…it is basically about embracing yourself and finally coming to that conclusion where you feel love and you can love yourself.”

And Katy Iandoli of Idolator stated, “[Scars to Your Beautiful is a modern-day version of TLC’s Unpretty, it is an acknowledgement of the beauty in both visible and invisible imperfections.”

2017 brought even more success in Cara’s career. She gained herself another top 10 Billboard hit with the song Stay she did in collaboration with Zedd. The single went double platinum and also received an MTV Video Music Award for Best Dance.

The year also gave Cara her biggest single and collaboration to date. She worked with Logic and Khalid to release 1-800-273-8255. The song is titled after the Nation Suicide Prevention Hotline.

With its powerful message about suicide awareness, the song has been certified quadruple platinum by the RIAA and has been performed on countless mainstream award shows, such as the MTV Video Music Awards.

Each passing year seems to bring more success Cara’s way. 2018 was the year she received four Grammy nominations, including Best New Artist, and Song of the Year for 1-800-273-8255.

She received music’s highest honour when she was announced the winner in the Best New Artist category.

Musical director Dean Jarvis, who worked with Cara previously said, “When they announced her name for Best New Artist…it was like slow motion as they read it out…I’ll tell you something, she deserved it.”

Despite the pride she felt on stage, the award win came with backlash from the music community. Fans of the other artists nominated were not pleased with her win; due to the fact they believe she was not a ‘new artist’.

Cara did not let the comments ruin her high. She retaliated to the comments with a lengthy Instagram post stating,

“I’m aware that my music wasn’t released yesterday…but I’m trying very hard to use the platform I’ve been given to talk about these things and bring light to issues…I will not let everything I’ve worked for be diminished by people taking offence to my accomplishments and feeling the need to tell me how much I suck…I’ve been shown that what I’ve created is worth something and that people actually give a shit”.

Cara hasn’t let a few opinions get the best of her. Following the Grammy win, Cara announced she would soon be releasing her highly anticipated second album.

The world hasn’t seen the last of this superstar quite yet. 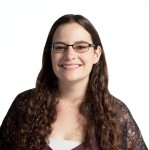 About the Author / Krystin Lucas