As a teenager, he saw some of the best acts in the world perform at the world famous Busker Festival in Halifax, from jugglers to flame throwers and the classic 1920s strongmen. But there was one performer, Jeff Collins, of whom Mike had a particular interest.

Johns had been performing magic tricks and at the time and planned to become a magician. When Collins approached Mike at one of his yearly visits to Busker Fest, he gave him some advice that would change his life.

“I was doing magic and he [Collins] was like, you know you should do juggling because if you drop a ball you are still a juggler, but if you screw up a magic trick you’re just a guy with a pack of cards,” he said.

So that’s exactly what Johns did. He spent the next few years mastering the art of juggling, performing at a local Halifax grocery store on weekends.

15 years later, Johns has not only become one of the world’s fastest jugglers; he has travelled the world and worked on developing his brand, a successful street performance he calls the ‘Mighty Mike Show.’

“My big finale is that I juggle a sledgehammer and two torches, he said. But I can also bend nails and horseshoes… it started off as a juggling show but it has become so much more than that over the past few years.”

His 1920s style strongman show has taken him all over the world—from his home in the Kensington Market area of Toronto to Europe and Asia.

“I love going to New Zealand. They have really inviting crowds and they’re so nice,” he said.

Some of his talents include bending nails and horseshoes and juggling pretty much anything he can get his hands on.

A few years back, the ‘Mighty Mike Show’ travelled to South Korea for the first time. Out of all the places he has performed, Johns had never gotten an audience reception quite like the one he received in Korea, he said.

“It’s just a different culture. When I went to blow up a balloon for some reason everybody was like oooooooh. They just appreciate everything and my show was just so unique them and something they’re not used to.”

Mike has trained with some of the best in the street performing industry. Over the past three years he trained with Dennis Rodgers, a well-known strongman who was trained by a guy called ‘The Mighty Adam’, Johns said.

‘The Mighty Adam’ was one of the first circus strongmen in world. He performed the classic strongman show across the United States in the 1920s, mostly in Texas and Coney Island.

The Strongman element has added a layer to Johns’ show that has helped him garner positive feedback from audiences all around the world.

A couple years back, Mike set out a to achieve something he always dreamed about as a kid: being in the Guinness Book of World Records.

He wanted to break the record for world’s fastest juggler.

“I was looking through the records one day and I asked myself which one I had the best chance to break. And because I’ve juggled forever, I decided I’d give that a shot,” he said.

The previous record was 422 catches in a minute. Mike beat that easily, making 440 catches while surrounded by a cheering crowd in Niagara Falls.

Unfortunately, Johns’ record was never made official because of a technicality with the Guinness Book of World Records.

“I put the record through using the free option… I didn’t pay to do it. Some guy in Russia then did it in like 480 catches but he paid and I never got official credit for it,” he said.

But the near-record represents more than a failed attempt at a world record: Johns achieved a goal he had set for himself.

“As soon as you reach a goal you got to set another one or else you get stagnant,” he said.

Mike’s next goal is to turn the ‘Mighty Mike Show’ into an indoor show, a project he’s currently working on.

“I don’t like when street performers do an outdoor show inside, he said. I would want to write something completely new for that,” he said.

In terms of his outlook on the future, Johns, 30, plans to keep performing for as long as his body can physically handle it.

“The guy who trains me is 62 years old, and he’s still going strong. It’s possible for me to keep going until then, but I can always get into training people and stuff,” he said.

Mike knows getting an office job is an option, but he said it would not be as fulfilling as being a street performer.

This summer, Johns will be taking his show throughout Europe. But until then, he will be hanging around the Greater Toronto Area.

Festival goers can watch him perform at this year’s Port Credit Busker Fest in Mississauga in April.

“That’s pretty much it for Ontario at the moment,” he said. 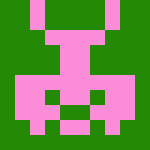 About the Author / Stefan Spiroff

Hey, I'm Stefan! I'm a die-hard sports fan and the world's biggest Leafs fan. I'm also a journalism student and I like to write sports stories that have a "human" element to them. Stories that are about more than just the game. Feel free to read my stuff and shoot me an e-mail if you have any questions!