Gui said she spoke to a lot of pan-Asians who found themselves stuck in formulaic industries that were not representative of their creative pursuits. Although it may be his or her goal to become an engineer, Gui said it’s important for people to have a creative outlet.

According an Ethnic Diversity Study (EDS 2002) by Statistics Canada, 69.5 per cent of children of Chinese immigrants and 65 per cent of those born to Indian immigrants have completed a university degree. There are many cultural factors that may lead to this statistic but it certainly supports the notorious notion that Asian immigrant parents value academia and often put a lot of pressure on their children to uphold these family values.

In a book called The Triple Package, authors Amy Chau and Jed Rubenfeld examine why some cultural groups achieve higher performance levels than others. The authors say Asian parents define success through being the top of the class, advancing their university degrees and becoming a lawyer, engineer, or doctor. If the children do not meet these expectations, they are often seen as failures and disappointments. Chau and Rubenfeld say this can sometimes lead to isolation from his or her own cultural identity.

Gui’s Project 40 Collective (P40) is a creative platform for pan-Asians that dispels this notion by providing a space for Asians to demonstrate their artistic talents. The collective offers a digital platform called LooseLeaf magazine, which highlights Asian-specific events around the city and promotes local artists. P40 also has art galleries around Toronto that feature both their own and other collaborative works.

Read our full Q&A with Gui about the inspiration behind the P40 and why she’s grateful it exists:

What is the Project 40 Collective?
P40 is a pan-Asian artist’s community based in Toronto but we work with artists all across Canada. We work on collaborative art projects consisting of two or more artists, working with more than one medium, to create interesting art pieces, whether that be digital or analogue. The name itself came from my first poetry collection in 2010. It’s also the first project the collective produced. It became an illustrated poetry collection. I wanted P40 to be a space where other young artists could discover their first project. After I started creating my first project, I started thinking it might be possible to consider poetry as an internal part of my identity. I believe that it strongly impacts your creative process when you think oh, I can take myself seriously instead of, oh, I’m just fooling around. We didn’t want to have a name that was distinctly gesturing back to any sort of stereotypical image that might be Asian. Our goal was not to create Asian art; our goal was to create projects made by Asian artists.

How did it get started?
When creating my first poetry collection, I looked for an illustrator to work with me on it. When I thought about my project a little more, I realized it’s possible to have an online platform where you can collaborate with one another. I gathered my friends, and people who I knew were really passionate and we started this community. It kept snowballing in a very short period of time and then official structures were put in place. When setting up a design for the website and different programs, we realized we needed funding. We ran an Indiegogo campaign and funded [raised] quite a bit of money. It was enough to sustain our entire first year of programming. The overall process took about four months. The collective was completely unplanned. We thought about the projects we’d love to do and realized we needed funding to do them. One thing lead to another and we created something special.

For the people involved with P40, what is their role?
The permanent staff is small – we’re a group of five. The staff are the only people that work for free; everyone else gets paid. There’s another [set of] staff that only works on the magazine. The other positions are contract artists that work with us in our collaborative incubator. Our incubator program produces all the collaborative interdisciplinary projects. We have five projects already and we’re taking submissions for the sixth.

Another way people get involved is by popping into our socials. Socials happen once in every three to four months. The socials happen in a coffee shop for seven hours at a relatively large table. We put our word out on Facebook and whoever wants to show up can. It’s usually rowdy and a lot of people come out to those events.

Why was it important that this was a pan-Asian collective?
I spent a lot of my time as a mentor [to people] who are also Asian and a lot of the conversations had a similar theme; it’s difficult to display our art and be taken seriously. A lot of people were stuck in uncreative fields and they weren’t doing well because their personality types didn’t fit accounting or any hard sciences. They expressed to me that they had potential talent for interior design, graphic design but that was always considered a hobby to their relatives.

There’s a deep identity struggle when those things clash and there’s no clear resolution. When you do decide to venture into art space, at least mainstream art, it’s very absent in terms of minority groups and people of colour. There are not a lot of people we can look to for inspiration. This way, people are able to express their identity through their work. My interest was in nurturing and providing a safe space for creators who identify as Asian and negotiating the baggage that comes with claiming that identity, while also being a creative person.

Do you reach out to artists or do they reach out to you first?
Before I work with any artists, I go out for a coffee or have a drink with them and then we will discuss [the project]. I care a lot about the relationship aspect of the collective because it’s about building a community that creates art together. We target the emerging Asian community, and when I say that, they could be 28 or 29, working on their first few pieces of artwork. What’s important is that we work with a range of artists, from the “I draw in my spare time” people, all the way to the “I’m a published author or an artist with a few gallery showings under my belt.”

It’s a very big swing in that sense and the challenge is to keep the collective structure flexible enough so that it can accommodate all the positions in between. We’re not saying become a full-time artist or that you have to pursue art as a profession, we just want to offer you the space to decide for yourself. Depending on how invested you want to be, email me and we’ll have a chat.

Can you explain what LooseLeaf magazine is?
We have an 11-person magazine staff. They’re divided into sections: poetry, non-fiction, fiction, visual arts and photography. We get a lot of submissions for the volumes we put out. We generally have a 40-page count for the magazine, which means we can only take 13 pieces in total, across all genres. The decision process is different for every team. I’m in the poetry team where we come together with short lists of what we think will be great. We then have a layout meeting to see it all come together. The theme for the next volume is food. It’s currently open for submissions and it’s closing in (June or July). It’s our first themed submission. The reason we’ve gone without a theme so far is because we didn’t want to restrict the type of work that comes in.

How do you get people to submit to the magazine?
I don’t pay for advertising so it’s really dependent on our community and it depends on who wants to share our knowledge with other people. Sometimes people see it by accident on Facebook.

How can someone purchase the magazine? And who is buying them?
You can definitely grab our magazines at our launches. Contributors also get one for free and usually promote it and show their friends [you can also order the magazine on P40’s Etsy page]. P40 is not focused on making LooseLeaf permanent – it functions more as a zine, not for public mass consumption. If it does lead that way, sure, but it’s not our main focus.

Where do your meetings take place?
We work around the city a lot. When I worked as a publicity agent for a magazine, I discovered really quickly that literary events in Toronto happen at night and at bars. I just came to Canada from Hong Kong in 2009 and I don’t drink alcohol. I also found myself being the only person of colour in the room very often. I would get anxiety because I was so overwhelmed. I didn’t know how to react and there was a cultural clash for me.

When P40 started, most of the artists I worked with expressed similar discomfort. We’ve decided to work alcohol-free and only in coffee shops. It’s a friendly space and we’re able to manipulate the space by moving desks and chairs. We try to pick local business so that the money is shared in that sense. We also try to go to new cafes because exploring Toronto is important to us.

What are you the most proud of so far?
The “Volume 3” launch for LooseLeaf was really welcoming and warm. It was so funny because Abby Ho, my partner in the whole collective, [and I] found ourselves really relaxed and we weren’t afraid of having an empty space. There was not a lot to do in putting it together and afterwards we talked about the experiences. I’m grateful this whole collective even exists.

Where do you see it going in the future?
I don’t plan very far ahead but I’m also the type of person that needs to plan. At the beginning of the year, I know everything that’s going to happen with P40 until January of next year. There are some goals. We have to scale our projects up and try to get more participation. We really want to move into digital as part of some of our projects. 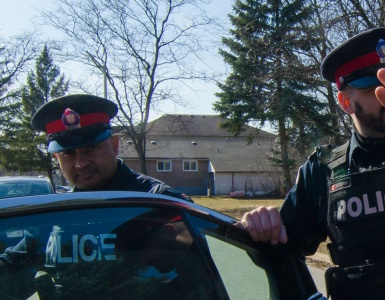 The word ‘news’ used to be less of a noun and more of a verb: it was an activity that people did at set times of day, and through specific media: a television, a newspaper, a radio or word of mouth. That's not the case anymore, when anyone can pull...

This gallery shows the world around us is constantly changing in seconds.
From seven strangers’ stories, a second of their lives was captured.
A second being attached to a phone.
Make every s e c o n d count. 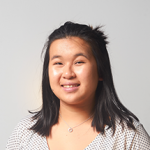 A writer who drinks a lot of coffee. When she's not writing, you can find her at a restaurant taking pictures of her food.