It’s hard to believe that the iPhone has been around for just seven years. The announcement of the original iPhone by late Apple CEO Steve Jobs on January 9, 2007, kickstarted the modern smartphone age. Google followed with Android, then Microsoft with Windows Phone, and today 1 in every 5 people on earth use a smartphone.

Think for a moment about the change these devices have brought upon our world. The entire internet in the palm of your hand. Knowledge at your fingertips, available whenever, wherever, however you want it. Think about the technological advancements these devices have ushered in, from touchscreens to voice commands. These tiny pocket computers have opened up a world of possibilities, a truly remarkable accomplishment for a market that is just seven years old.

Now imagine what comes next.

While there is plenty of room for growth in the smartphone market, technology giants like Apple and Google are already looking ahead to the next big thing. In the last few years nerds have been buzzing about what exactly that “next big thing” will be, and one new type of gadget seems to have become the de-facto winner: wearable technology. From smartwatches, to fitness trackers, to futuristic computer glasses, wearable technology (or “wearables”) seems poised to become the next frontier in the never ending war of the tech worlds. Scrappy hardware start-up Pebble burst onto the scene in 2012 with their simple smartwatch, which has sold 400,000 units so far. Samsung has already released four variations of their “Gear” smartwatch, while Apple is rumoured to be preparing a fitness-focused “iWatch” for launch sometime this year. Google, of course, has attracted a lot of attention with Glass, a controversial pair of smart “glasses” equipped with a screen and camera. The company is also prepping an entry into the smartwatch space with Android Wear, a version of their mobile operating system designed for watches, which will power new devices from the likes of Motorola and LG.

Everyone wants a piece of the wearable technology pie. But why wearables? And why now?

As the founder of We Are Wearables, a monthly meet-up for wearable technology enthusiasts in Toronto, Tom Emrich is perhaps one of the most well connected (and sharply dressed) men in the city. He’s been following the wearable technology scene for the last few years, becoming one of the first to cover wearables in-depth for sites like MobileSyrup, BetaKit, and WearableAppReview.com, which he co-founded. Following the We Are Wearables meet-up this past March, we sat down with Emrich for a quick interview to get his take on the wearable technology scene, and what it means for the future of our connected world.

Eric Leamen: How would you explain wearable tech to someone who doesn’t know what it is?

Tom Emrich: Wearables are things that you wear that are [internet] connected and smart. They fall into three main categories right now. Activity trackers that collect data on your health and performance; devices that relay information and notifications from your smartphone to a device on your wrist like a smartwatch; or independent computers that you wear that don’t need your smartphone at all, like Google Glass.

As someone deeply involved in the scene, what excites you most about wearable technology?

I see very clearly how wearable technology will enrich and augment our everyday lives in every way. And will unfetter ourselves from the chains the current computing forms (computers and smartphones) have come with. By dismantling the computer and re-imaging it and recreating it on our bodies we can interact with the digital and the physical world in a much more natural manner. And by making our bodies a platform, we begin to blur that line between the digital world and the physical one so that I can live in the moment and partake in digital benefits much more than we are capable now in an office at a desk with a computer or looking down in our palms at a smartphone.

Where do you see the wearable technology space going over the next 5 years?

We are at the very beginning of wearable technology. I akin it to when feature phones just started to be able to do SMS and download ringtones and images. In five years time we should be at the point when the iPhone and App Store arrived and we all know how that changed the world. But its hard to group all wearables into one category. We are already seeing fitness trackers gaining strength in the market. I see these and smartwatches getting footing much faster than things like smart glasses which need more time to find its footing.

In your opinion, what are some of the biggest challenges or roadblocks facing wearable technology companies? What obstacles need to be overcome for wearable tech to go mainstream a la smartphones and tablets?

The biggest challenge is value proposition. The “killer app” as it were. People need to see value in order to fork out $200+ for some of these devices. More importantly these devices require people to see them as a “must-have” rather than just a “nice-to-have” when it comes to retention of use. Equally challenging is fashion. This is something new in the technology space. Unlike other technology that you keep at home (computers) or put in your pocket (smartphones), this new form of computing is out in the open as part of your personal style. Until the fashion houses partner up with the technology powerhouses, we will continue to see aesthetics as a sore spot for wearables. Finally, price and battery life are obvious issues but I think these can be overlooked if the wearable solves a problem and has some style.

Aside from wrist wear and glasses, is there another form of wearable that you believe shows significant promise?

I think biometric clothing and sensor-based footwear have legs. Two companies from Montreal, Hexoskin and OmSignal, are producing undergarments that track your activity and performance. While Vancouver-based Plantiga is doing some interesting things with a shoe that won’t just make walking easier, it’ll make it smarter too.

Why do you believe wearable technology has become the de facto “next big thing?” And why now?

It has become the next big thing because it is a natural step in our technological journey. Why now? Because we are ready! We have been walking around with computers in our pockets for a couple of years now and so the idea to start to have them on our wrists, face or bodies is no longer a scary or far-fetched concept. 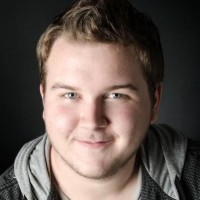 About the Author Eric Leamen

Eric Leamen is Head of Digital for Emerge Magazine, as well as a freelance technology journalist, videographer, and web designer. Having spent the last decade of his life blogging about gadgets and gaming, Eric knows his stuff when it comes to technology. He currently writes at CE: The Magazine covering emerging technology, gadgets, apps, and start-ups. He is also co-host of The Segue, a weekly podcast about tech, media, and pop culture.